I grew up believing I was Scottish (which is a bit daft because I was born and raised in Canada, as were both sides of my family for three generations) but when I was 30-something (probably years of age) my maternal grandmother was ranting about my Irish heritage. What does this have to do with me? “Didn’t anyone ever tell you, Evan? The ancestors of both of your grandmothers were from Ireland.” 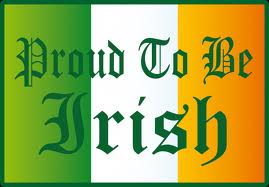 In my bewilderment and rage, I went ’round the pub and drowned my sorrows in beer after beer. At closing time, as the bartender was rolling me out the door he said, “What are you, Irish?” And suddenly I understood. I’m a double Celt half-breed.

Now, instead of being woefully ignorant of Scottish Gaelic, my burden is doubled by my ignorance of Irish Gaelic. I’ll have to fill my sporran with potatoes. And it won’t be easy playing the bagpipes with one arm and the bodhrán with the other. Half the time I would otherwise have devoted to trying to comprehend Robbie Burns’ Address to a Haggis must henceforth be devoted to trying to fathom James Joyce’s Ulysses. And now my options seem to be limited in religious matters, much as in Canadian politics, to only two possibilities: the orange or the green. But what is presented as black and white is all grey to me.

Only sometimes can I distinguish whether an accent is Irish or Scottish, or whether a foxy redhead is a bonnie lassie or a pretty Colleen. And I’m less expert in matters of Mc and Mac than people have come to expect of me.

Fortunately, there is an easy way out of my dilemma. Based on my appearance, people often ask if I’m German. Since I speak more German than Gaelic anyway, henceforth, I should just reply, “Ja”.

Whatever you consider yourself to be, Happy Saint Patrick’s Day to you!